The Dinky Drum Company School of Drums and Percussion began in the Fall of 1989; and taught it’s first student on February 7, 1990 at the Community Music Center of Houston, Inc.

Founder and Director Samuel Dinkins, III was in Houston performing with the Scott Joplin Chamber Orchestra, jazz vocalist Kim Wade & Company, with the Music Ministry of Holman Street Baptist Church and doing freelance work as a Drummer/Percussionist. From Brooklyn, New York, Mr. Dinkins began playing music at an early age and started taking private lessons at 8 years of age. Throughout his life, as he studied, played and performed music through Grade School; at Erasmus Hall High School Academy of Performing Arts and at Howard University in Washington, D.C.; Mr. Dinkins always remembered the valuable start that he got taking Private Music Lessons as a boy.

It was this, and; his vision to pass on what he’d learned musically that created the Dinky Drum Company School of Drums & Percussion (DDC). After six plus years operating at CMCH (in the historic Third Ward community of Houston, TX); DDC moved to the Band Instrument Exchange (in the Museum District of Houston) on August of 1996 where the vision continued and grew. Today, the Dinky Drum Company School of Drums & Percussion is now the DDC School of Music. In July of 2003, DDC moved to 2411 Eagle Street (in mid-town Houston, TX). The Eagle Street location provided the needed space to teach children and adults about music through private and group lessons.

Joining DDC operations in 2003 is Co-Founder and Vice-President, Mrs. Phaedra B. Dinkins. Mrs. Dinkins has worked in the following positions: CFO, Kindermusik instrudtor, event coordinator and HealthRHYTHMS drum circle facilitator. Originally from Opelousas, LA she earned a bachelor's degree in Accounting, with a minor in music from Southern University A & M College in Baton Rouge, LA in 1988. Mrs. Dinkins also completed courses for the Texas Education Board of Cerfified teachers from LeTourneau University in 2006. As a graduate of the inaugural 2011 Goldman Sachs 10,000 Small Business initiative in Houston, TX; she earned a Certificate of Entrepreneurship.

Formerly located at Project Row Houses in the historic Third Ward community of Houston, Texas; the DDC School of Music is continuing the vision of Mr. Dinkins. In April of 2011, DDC moved into a two story, 3000 square foot building located at 2213 Wichita St.; Houston, TX 77004 off of Highway 288. Expanding their services and adding space for group classes and community workshops.

“Mr. Dinkins truly has a passion for music. He is very patient with his students. He is willing to do what it takes to help his students improve.” 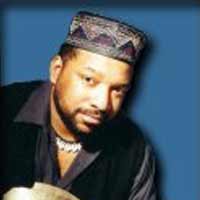 Founder and director of the Dinky Drum Company, located in Houston, Texas – where children and adults learn about percussion through private and group instruction, performances and clinics. Mr. Dinkins has worked in the following positions: Percussion Specialist for the Central District of the Houston ISD (HISD); Music teacher at Parker Elementary School (the 2002 National GRAMMY Signature Elementary School) and HISD Music Magnet School; and Percussion Instructor at the following summer music camps: the United States Percussion Camp at Easter Illinois University (1993-2000) and at the Texas Southern University Band Leadership Camp in Houston (1994-present). His award winning educational programs for inner-city youth have received funding from the Cultural Arts Council of Houston/Harris County; the Texas Commission for the Arts; and the Evin Thayer Scholarship Fund (2002 Recipient). He’s been featured on Heartbeat of America’s National Television Show, “Keeping America Strong” hosted by William Shatner and other television personalities. As a Band Leader, with several of his Musical Ensembles, the list of performances and events through DDC Entertainment include the Mayor of Houston’s Inaugural Dinner, events for the 2004 NFL Super Bowl along with many Concerts, Festivals and Private engagements. Mr. Dinkins is one of the Educational Artist for “DaCamera of Houston” (1998-presnt) performing in its “Beyond the Concert Hall” community outreach program, “DaCamera Goes to the Zoo” series, and the “A Little Day Music” concert series at the Wortham Theater Center as well as with Davis’ Professional Educational Services (2002-present). With DDC Educational Shows he is developing, presenting and performing at School(s) and Community Centers throughout Texas. Originally from Brooklyn, New York, he is an accomplished performer and producer who has worked with the NYC Metropolitan Orchestra, Howard University Bands and Ensembles, Houston Symphony, Scott Joplin Chamber Orchestra, the Gospel Music Workshop of America, Gene “the Duke of Earl” Chandler, the late Rev. James Cleveland, “the Queen of Soul” Aretha Franklin, the late Lionel Hampton, Stephanie Mills, Melba Moore, Joe Sample, Bobbi Humphrey, Hubert Laws, Mary Wilson of the Supremes, and numerous Jazz, Rhythm and Blues, and Gospel groups in Canada, the Caribbean and the United States, Mr. Dinkins is married and the father of two sons. He endorses ProMark Drum Sticks, Remo Ethnic Percussions, Rhythm Tech Instruments, SKB Cases and Avedis Zildjian Cymbals. 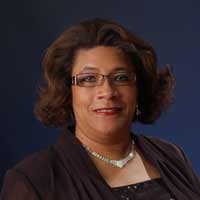 Originally from Opelousas, Louisiana she earned a bachelor’s degree in Accounting, with a minor in music from Southern University A & M College in Baton Rouge, Louisiana in 1988. Mrs. Dinkins also completed course training for the Texas Education Board of Certified teachers from LeTourneau University in 2006. She is a recent graduate of the inaugural Goldman Sachs 10,000 Small Business initiative in Houston, TX. The Goldman Sachs 10K Small Business program, offered through Houston Community College, allowed Mrs. Dinkins to earn a Certificate of Entrepreneurship.

As a flutist, she has performed with Scott Joplin Chamber Orchestra, whose credits include performing at Super Bowl XXXVIII, in Houston, TX. Additionally as a soloist for Windsor Village United Methodist Church music ministry and several corporate diversity and holiday events.

Mrs. Dinkins is married and the mother of two sons.